The Maui Comic Con is the first of its kind; a free-to-the-public comic convention, created by locals for locals. The goal of the Maui Comic Con is to bring the thrill of meeting comic industry legends and discovering new local talent without putting a strain on the budgets of kama’aina. It was founded in 2016 by two friends; Alika Seki and Kenneth Gardner. They had both met a few years earlier, shortly before Alika opened the first comic shop on Maui in a decade – Maui Comics and Collectibles.

At the time Ken was working at Lahaina Cannery Mall and was wondering why a comic convention had not happened on Maui ever before. Ken approached the mall’s management about holding a comic convention. Despite the management not knowing what it was, they agreed to host the first comic convention on Maui. Ken approached Alika soon after for help putting it together. Fortunately, Alika had been planning on starting a convention since opening his comic shop 2 years prior and had a solid game plan already in place. Ken gave the convention its name and history was made. Maui finally had a comic convention!
In 2016 the first Maui Comic Con was planned and executed in less than 3 months in thanks to the local collector and creative communities that came together as one to make it happen. The Hawaiian Comic Book Alliance, a cadre of local creators, filled most of the artists’ alley. Local vendors and sponsors from Maui supported the event whole heartedly and provided much of the budget required to bring in the headlining guests. And local fans banded together and volunteered to help and make sure the convention ran smoothly.

In 2017 the convention moved to a new location at the University of Hawaii, Maui College on the Kahului campus. Thanks in large part to supportive student groups and on-campus non-profit groups the convention developed a new dimension to its identity; educational outreach. Each year the convention continues to grow. In August of 2018 the Maui Comic Con became a 501(c)(3) non-profit group. 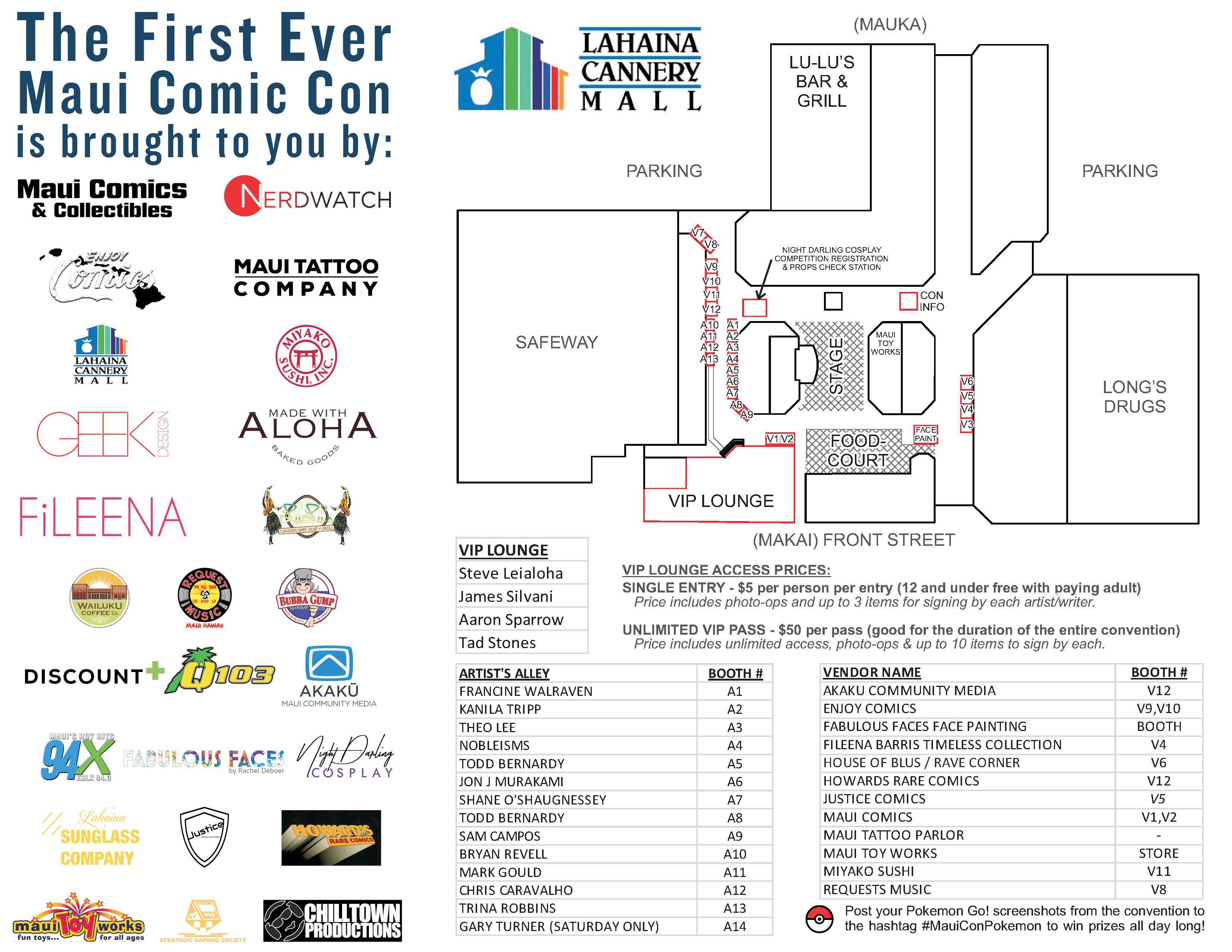 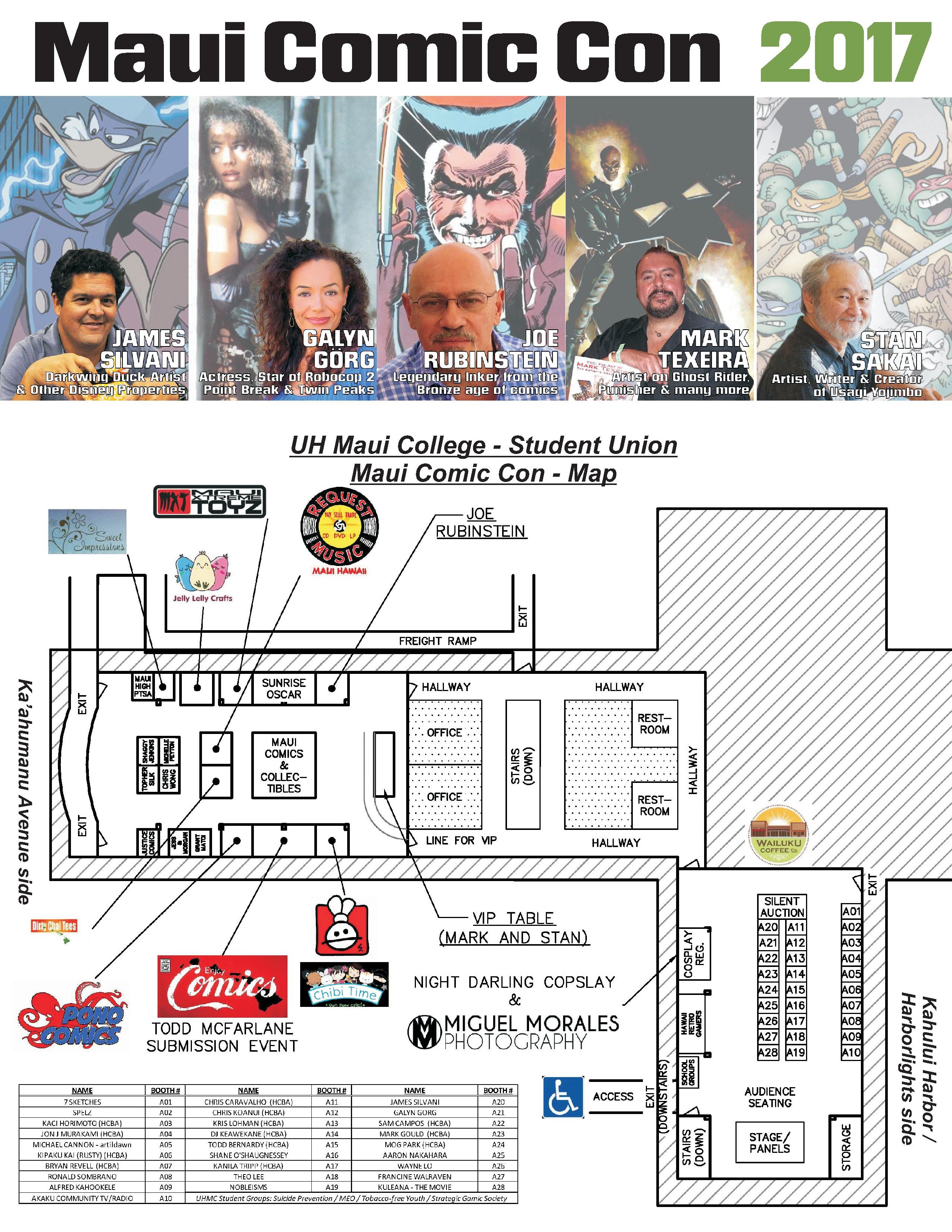 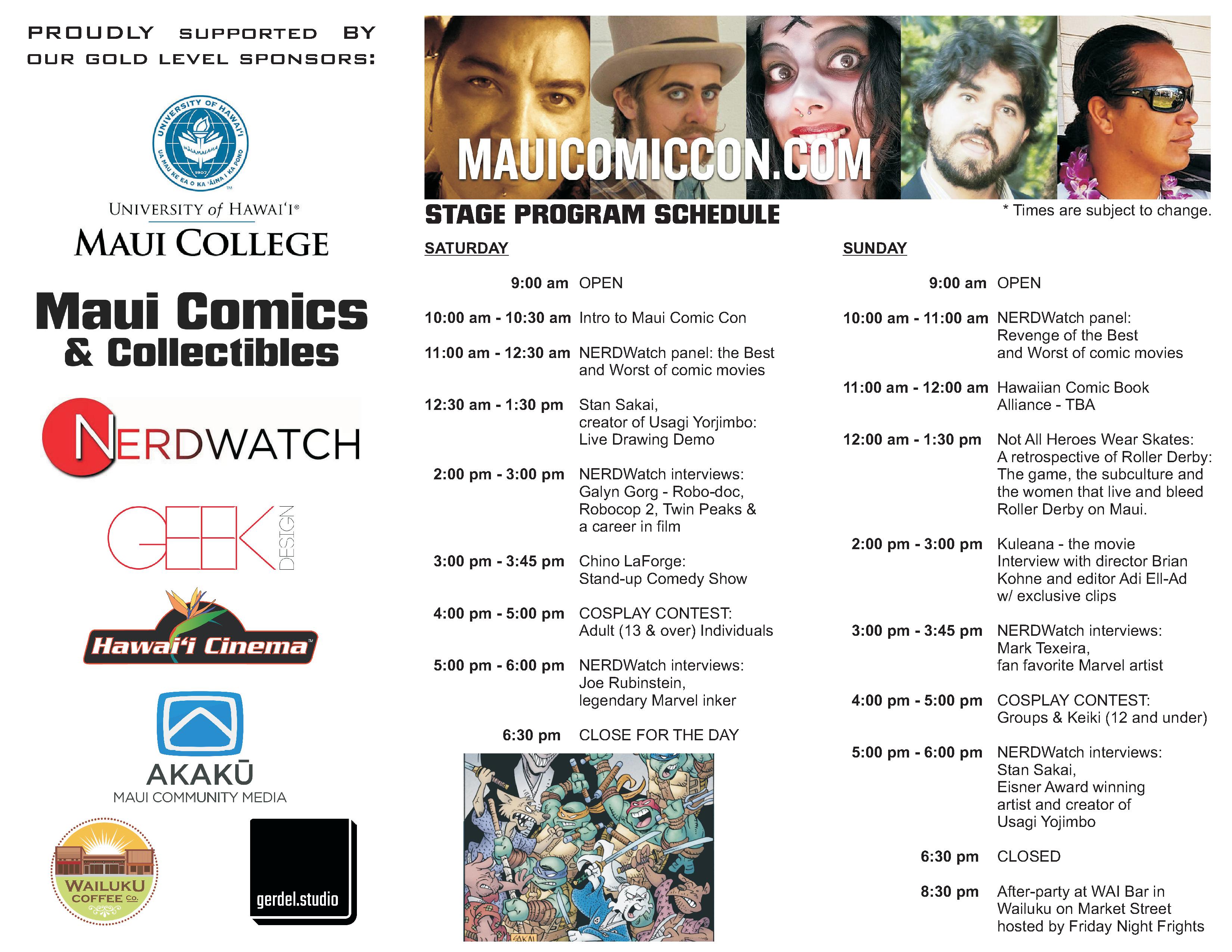 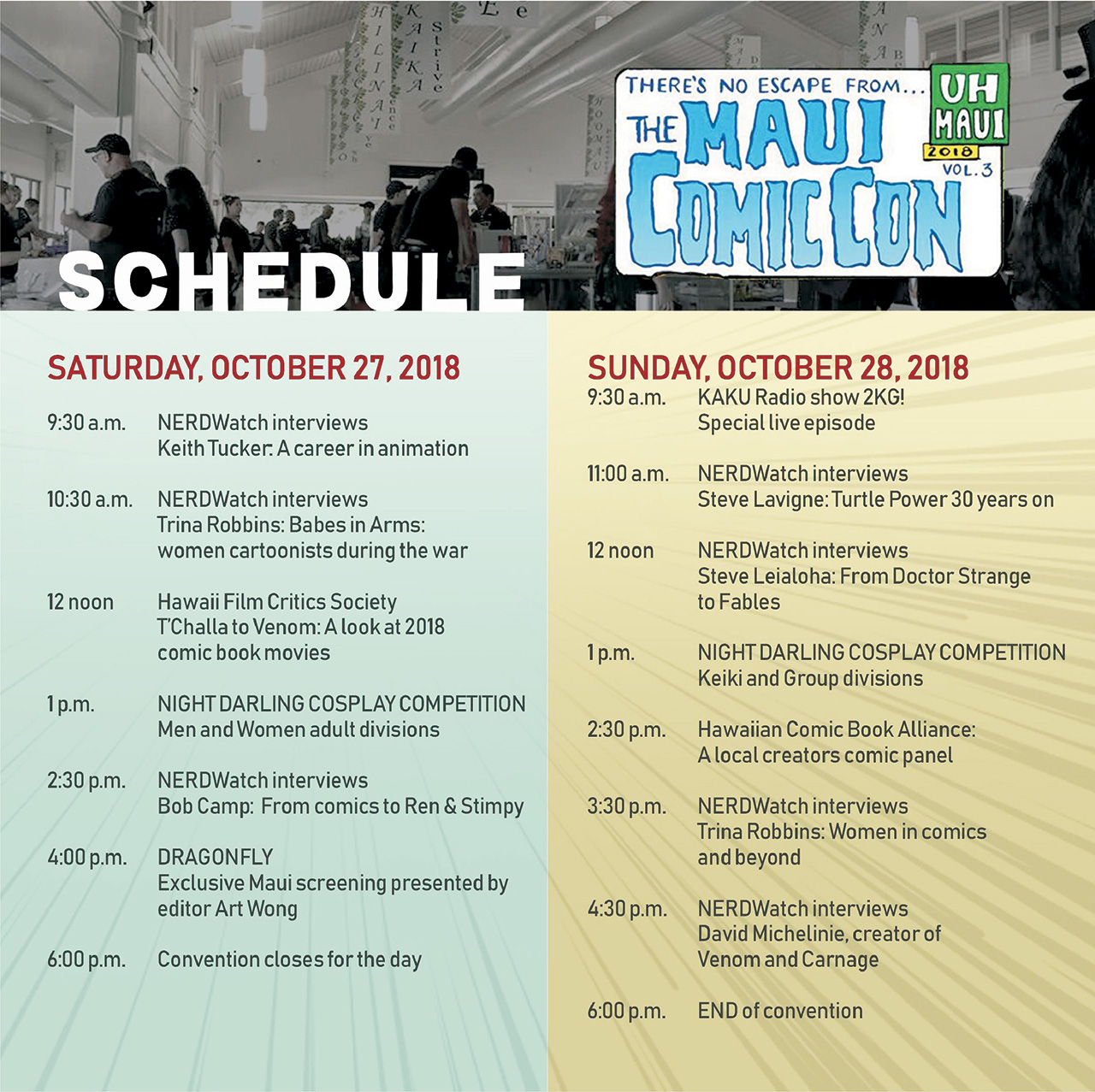